Smith, who started during the second quarter, will be tasked with driving profitability for the company’s 320 franchises. She replaced Michael Nishi who left the 340-unit chain last year to take on the role of CFO at Southern California-based Lemonade.

Prior to joining the Pasadena, Calif.-based pretzel chain, Smith served as PetSmart’s vice president of finance. She spent 11 years at the company in various finance roles. She’s also worked in finance roles for Kimberly-Clark Corporation and PepsiCo. 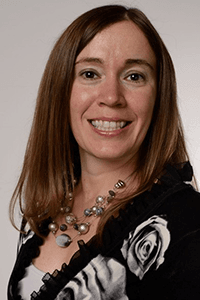 “Wetzel’s Pretzels is a brand that is primed for continued franchise growth thanks to its combination of ease of operation, menu simplicity and fresh-baked offerings that resonate with consumers,” Smith (left) said in a statement.

“I look forward to advising the brand during its next growth phase, partnering with franchisees to drive profitability and working with our private equity partners and internal leadership team to continue creating guest loyalty and shareholder value through technology implementation, and innovation across various other channels.”

Besides destination malls, the operator is adding new inline stores to Walmart and outlet centers. The company recently opened its first location in China. A master franchisee in China plans to open 50 stores in the country. By the end of the year, Wetzel’s is expected to add about 30 new locations.