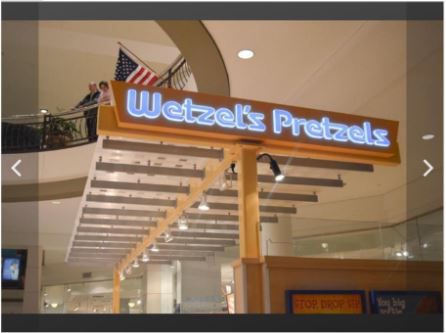 Wetzel's Pretzels is making a pitch to expand its reach to the Big Peach, and the price tag to own is a bit less salty than some bigger-name franchises.

Wetzel's Pretzels is making a pitch to expand its reach to the Big Peach, and the price tag to own is a bit less salty than some bigger-name franchises.

The Los Angeles- based pretzel company, which opened in 1994 and has expanded to 340 locations, is looking for Atlanta investors that can stomach an initial investment of between $164,950 and $405,850. That includes an initial franchise fee of $35,000.

While certainly not cheap, the Wetzel's down -payment is substantially lower than the $955,000 to $3.5 million in startup costs needed to open a McDonald's, Taco Bell or Wendy's, but steeper than the $10,000 needed for a Chick-fil-A. 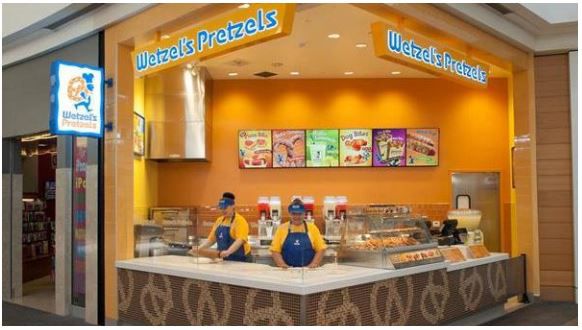 The broad investment spectrum at Wetzel's varies primarily on expenditures such as leasehold improvements, food preperation equipment and costs for signs and menu boards.

Unlike some other franchise agreement's, Wetzel's also does not include stipulations related to a potential franchisee's net worth. For example, opening a Tropical Smoothie Cafe, a fast casual cafe franchise owned by Atlanta-based venture capital firm BIP Capital, requires $125,000 in liquid assets and a minimum net worth of $350,000. Initial investment for that franchise is between $222,095 and $569,335.

Wetzel's is eyeing a "few prime locations" in Atlanta, such as Town Center at Cobb and multiple malls, including North Point, Lenox Square, Phipps Plaza, Cumberland and the Mall of Georgia. Beyond traditional mall

The company leadership said it views Atlanta as a growth opportunity because of tax credits and job-creation incentives in Georgia, as well as population and job growth in Atlanta outpacing national averages.