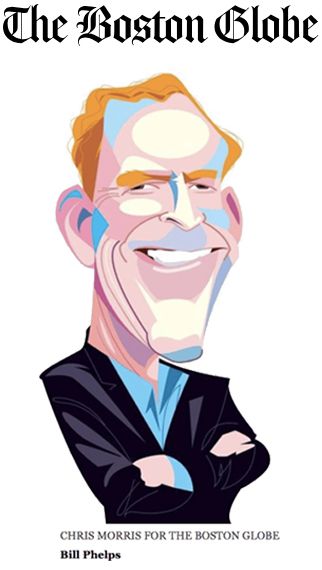 Wetzel's Pretzels CEO Bill Phelps moved to the West Coast in 1990, but he's still excited by the idea of fans munching on his pretzels while watching local teams play.

Phelps is pursuing a lead with the Boston Bruins for a Wetzel's in TD Garden. The company has only four Greater Boston locations, all in shopping centers: in North Attleborough, Taunton, Braintree, and Peabody. More shops are in the works, possibly in Natick and Wrentham. But to meet Phelps's ambitious goal of adding 10 to 15 Boston-area locations in three years, his Pasadena, Calif.-based business will need to get out of the malls and get creative.

It's a strategy that's been in the works for some time. For the past decade, Wetzel's has branched out beyond malls to arenas, theme parks, and Walmart stores. Nearly 20 of the 35o locations worldwide are company-owned, with the rest run under franchise agreements. Phelps hopes to add as many as 45 sites over the next three years.

Phelps, a Hingham native, first learned about running a business under the tutelage of his dad, Dick Phelps, helping the Superior Brands pet food company in Quincy to grow. They helped pioneer the idea of rawhide treats for pooches. Nestle gobbled up Superior in 1990.

While at Nestle, Phelps and soon-to-be-partner Rick Wetzel learned about making snacks for people, too. They were both Nestle marketing executives on a business trip in 1994 when they noticed several independent fresh-pretzel shops — and saw an opportunity. A year later, they rolled out their first Wetzel's Pretzels, in Redondo Beach, Calif.

Phelps is ensconced in the Southern California scene, though he still roots for his hometown teams, even if they don't yet carry his pretzels. "I'd lose my inheritance if I'm not a Red Sox fan," Phelps says.